Thoughts on Teams: part 1 of ? 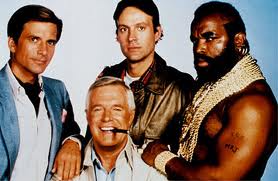 One of the things I really like about going to CSUN is that they have a heavy emphasis on group work. I guess I should say that I like it, but it really does have some drawbacks. I mean, nobody likes getting stuck in a group that has a bad dynamic. Part of the cool part, though, is seeing how groups evolve as you move on in your schooling. Groups compiled of freshmen, or groups in general ed classes, end up being completely different than those that are in your major.

I just finished a “Strategic Management” (“Capstone”) class that all business majors are required to take before they graduate. Ninety percent of the people had this class as their last class or their second-to-last. With 24 units remaining, I had the most units left out of everyone in the class. It really does lead to a different type of group. I guess part of it could be blamed on it being a summer class as well.

Regardless, I’ve been trying to improve my group leadership capabilities. I am of the opinion that there really aren’t any bad groups, just like there aren’t too many really bad group members. All it takes it figuring out how to motivate people and how to approach the situation so that everything gets accomplished. It seems like the role of group leader seems to fall squarely on my shoulders a good majority of the time.

We all know what that’s like – the group kind of flounders around until someone steps up to the plate and starts making decisions. The type of person that does this can make a huge difference. Sometimes they’re kind of an asshole about it and they become a leader, but not a respected one. Sometimes you get the benevolent, rather shy leader that’s too nice to say “no” and ends up trying to make everyone happy. Then, sometimes, you get a true leader that seems to make everything flow smoothly. They can assign tasks without feeling domineering, they can make suggestions without sounding overbearing, and they just make sure stuff gets done.

If I had to guess, I would say that I leaned more towards the benevolent/shy leader type until a few years ago. I viewed myself as smart, and I was often willing to put in more effort than most other group members. This meant that I knew more about what we were doing, had an opinion on how to accomplish the task at hand, and also volunteered to do everything. I knew how to do whatever needed to be done. I knew how to do it right. Fine, I’ll do it. You other group members just sit back and I’ll take care of it.

I can point to my Gateway (another class heavy in group work) sessions as a prime example. I would get input from other team members and incorporate their ideas, but I wrote the majority of the papers. That’s fine, whatever, it’s easier than having to go back and redo it when the other people don’t do a good enough job anyways. Looking back, I wish I had known what I know now.

1) A good group leader doesn’t take charge unless he really has to; winning over your group members with charm and pleasantries leads to much more loyal members that are willing to accomplish things together.

This makes intuitive sense to me, because I know I like to be listened to. Most people think they’re right all the time and they want to be heard. By the way, this applies just as much to shy people as outgoing people. The outgoing tend to be more vocal, but typically shy people want to be heard and feel they’re right; they just don’t go shoving it down your throat.

3) Building off the thought above, ask questions. I mean, ask a lot of questions. Make them open-ended enough so that they generate conversation, but try to make them specific enough that you answer a question related to whatever you’re working on. I think the key thing is to direct your question to someone, too. If you’re always just asking rhetoric questions to the entire group, 90% of the time it will be answered by one or two people. The others are left feeling excommunicated – especially if you have a rather shy person. Asking them questions directly keeps them in the conversation, gives them a chance to put in their input (which is valuable), and keeps things going smoothly.

4) It seems like leading a group is a lot about guiding conversations. It’s kinda like using the Socratic method on a group. Guide them to the answers by asking questions. This seems to lead to a group consensus much faster and easier than arguing about it. Asking questions (mind you, it can’t be in an accusing way) leads to interesting discussions instead of setting someone on the defensive.

This is a lot harder than it seems, at least for me. It’s hard for a couple reasons. One, you have to be willing to accept other people’s opinions as right (that means admitting you’re wrong sometimes). Two, you have to constantly keep track of the end goal. Debate and discussions can rapidly devolve into discussions that have absolutely nothing to do with the task at hand. That’s not always bad, and can let you get closer to your group members, but it can eat up a huge amount of time.

I think that’s enough for tonight. Thoughts for next time: forming, storming, norming, etc (from MGT 360). Set concrete goals early. Don’t take on too much work yourself. Thank everyone constantly and compliment them on what they did well. Ask people to do something, don’t command them.

This entry was posted in leadership. Bookmark the permalink.